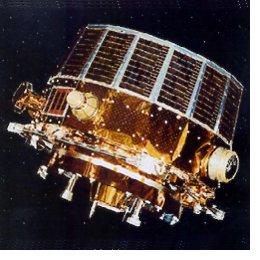 The German mission Equator-S was a small low-cost mission designed to study the Earth's equatorial magnetosphere out to distances of 67000 km. It was launched as an auxiliary payload on an Ariane-4 on December 2nd, 1997. The mission ended on May 1st, 1998. Equator-S was based on a simple spacecraft design and carried science payload consisting of advanced instruments that were developed for other ISTP (International Solar Terrestrial Physics) missions. Unique features of Equator-S were its equatorial orbit and its high spin rate.

During its short live time Equator-S allowed observations at the low latitude dayside magnetopause and at the low latitude morning side flank of the magnetosphere. In the first region we looked for reconnection related signatures and compared them with the results of kinetic plasma simulation. In the second case we observed Kelvin-Helmholtz instability driven surface waves. Partly, reconnection events were embedded. These observations have been compared with results of magnetohydrodynamic simulations.

Observations at the dawn flank

In the morning sector, Equator-S observed large magnetic oscillations in the Pc 5 frequency range. The poloidal part of these oscillations is usually interpreted as being due to surface waves of the magnetopause driven by a Kelvin-Helmholtz instability. Sometimes, reconnection signatures were embedded in these oscillations. The Walen relation as a test for rotational discontinuities was satisfied during short time intervals. Magnetohydrodynamic simulations revealed reconnection in shear flows. They showed a good agreement with the Equator-S observations. We conclude that Equator-S observed reconnection embedded in vortices of the nonlinear phase  of the Kelvin-Helmholtz instability. These observations indicate a possible opening of the magnetopause and plasma transport through it during phases of northward IMF, when classical magnetopause reconnection doesn't work.

The MPS participates in the project with Co-Investigator functions in the magnetometer MAM and in the time-of-flight plasma spectrometer ESIC. The magnetometer results will be described in the following.

The magnetic field instrument consisted of two three-axes flux-gate magnetometers. One of them was mounted at the end of a 1.8-m boom, the other 50 cm further inboard, to reduce (and determine) the amount of interference from the spacecraft. The sampling rate was 128 vectors/s when only one of the magnetometers was utilized, and 64 vectors/s when both were operating. Resolution is 16 bits, and ranges could be selected (automatically or manually) in steps of 4, between 250 and 64000 nT.

Equator-S homepage of the Max-Planck-Institut für extraterrestrische Physik in Garching for more information about the project.